Victims and survivors of domestic abuse may access a range of public services – from the health system to social services. These services have a vital role to play in recognising the signs of abuse and ensuring survivors get the support they need.

Yet evidence shows that public services are failing to pick up domestic abuse and respond appropriately. This means many survivors are passed from service to service before finally getting the support they need, causing years of preventable hurt and even putting lives at risk.

It’s clear that public services need to transform their approach to domestic abuse. Asking victims and survivors about their experiences of domestic abuse in a trained and compassionate way is crucial to ensuring they get the support they need at the earliest possible opportunity.

That’s why we’re calling for Ask and Take Action – a duty on public authorities to ensure frontline staff make trained enquiries into domestic abuse, backed by sufficient funding to make this a reality.

This duty was one of the key omissions in the Domestic Abuse Act, which received Royal Assent on 29 April 2021. We are disappointed that despite the Minister saying "the Government are in full agreement with its aims", the amendment was not adopted. We are grateful to the cross-party coalition of parliamentarians – led by Baroness Armstrong – who passionately advocated for the adoption of this amendment, which aimed to transform the current patchy response to domestic abuse across public services.

We will continue to make the case for this much-needed change. Embedding routine enquiry across public services is critical to supporting women and girls facing multiple disadvantage to build lives away from violence and abuse. Agenda, backed by its broad coalition of supporters, will push for greater recognition of its importance across Government, including – but not limited to:

We will continue to build a robust evidence base on the inconsistent response to domestic abuse in public services, to ensure future policy and legislation does not overlook the acute need for this vital change. 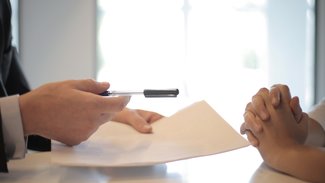